Durian are well-known for its spiky husk appearance and distinctive odour. It can be shaped oblong or round, and flesh pale yellow to red depending on its species. The most popular species here in Thailand is “Monthong” which is known as the “Golden Pillow”. It’s thick fleshes, small seeds and sweet caramel taste distinguished itself from other species.

Durian’s nutritious flesh which contains lots of beneficial attributes has also earned itself the title of “King of Tropical Fruits”. The demand of Durian’s has increased over the year as it is popular both in local countries where it is grown, and on the international market.

Durian is rich in vitamins, energy and minerals. It is also rich in dietary fibre and contains essential source of Vitamin B and C which are antioxidants compound. The good amounts of mineral such as manganese, copper, iron, potassium and amino acid tryptophan in durian also has a positive impact on health areas. 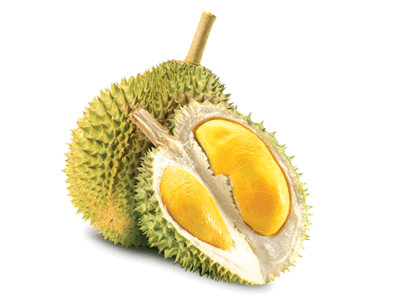 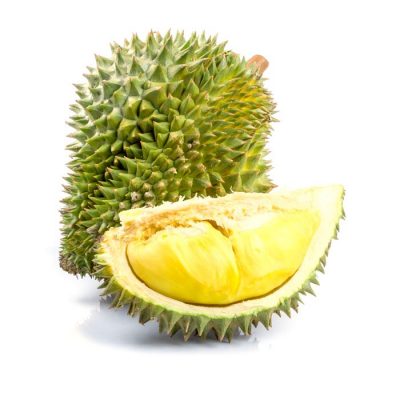 Room Temperature
The ripen durian could last for 2-5 days at room temperature.

Season Availability
All year round, Peak Season (April to August).